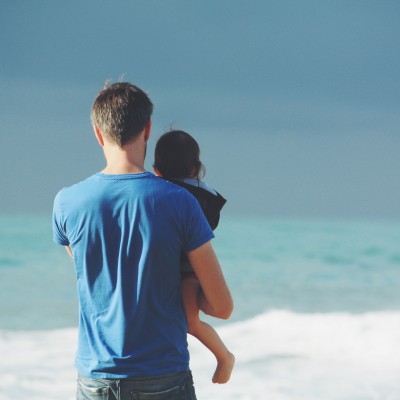 The Court of Appeal of Alberta recently ruled on legal questions concerning a separated gay couple and a child. The couple had agreed to have a child using assisted reproduction technology, and then they raised the child together for three years. However, since their separation the parties have launched various legal actions concerning access, parentage and guardianship.

In the conclusion to the most recent legal action, the Court of Appeal of Alberta affirmed certain important legal declarations made by a Chambers Judge, that one of the former partners in the same-sex relationship is a parent and a guardian of the child.

The story began when Mr. R and Mr. H, who were partners in a relationship that the Court of Appeal calls a "same-sex interdependent adult relationship," decided to have a child. As the court's judgment explains, they enlisted the help of a lesbian friend. Mr. R supplied the sperm that, through assisted reproduction, was used to impregnate Ms. D, who gave birth in 2003.

For the first three years of the child's life, the gay partners shared the work and the responsibility of raising the child. However, the two men separated in 2006, and Mr. H moved out. Since then, the child has lived with Mr. R (who has custody) and has had little contact with Mr. H.

In the intervening years, a variety of legal motions have been launched in which the parties have sought to clarify their rights concerning the child.

The recent Court of Appeal ruling concerns legal declarations by a Chambers Judge in response to a motion by Mr. H. He had asked for a ruling that particular sections of the Family Law Act and Vital Statistics Act are inconsistent with the Canadian Charter of Rights and Freedoms. The Chambers Judge did that and also went further, declaring Mr. H to be a parent and a guardian of the child.

Mr. R appealed these declarations. However, the Court of Appeal ultimately affirmed the declarations of parentage and guardianship. Their reasoning relates largely to the unequal treatment of same-sex relationships under the relevant legislation. As the judges of the Court of Appeal explain (with regard to guardianship), the declarations are warranted because the legislation "discriminates against gay males by denying them a benefit (guardianship) that flows automatically to heterosexual males who were married to or cohabited with the mother within a certain time frame around the birth of the child."

However, this remains a complicated legal situation that may result in more legal actions. As a blog post authored by the Faculty of Law at the University of Calgary explains, the person who has custody of the child, Mr. R, was not necessarily recognized by the Court of Appeals as a legal parent despite his status as a custodial parent. Mr. H is now the only one of the three individuals with a declared legal connection to the child, the other without a legal status being the biological mother.

Anyone who is (or was) in a same-sex relationship and faces legal challenges related to recognition of parentage, custody or guardianship of a child of the relationship should seek legal assistance. As this case demonstrates, these issues are still being worked out by the courts. A lawyer with expertise in this area will do everything possible to protect your interests in this evolving legal landscape.

< Previous Post Prenuptial agreements are about practicality, not romance
Next Post > Property rights of common-law couples after a separation