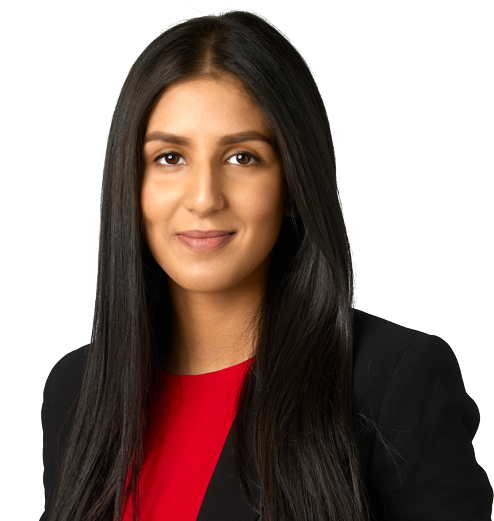 Preet Sandhu is a born and raised Calgarian. Prior to attending law school, she graduated from the University of Calgary with a Bachelor of Commerce degree, in Accounting. Preet obtained her Juris Doctor (with second-class honours) in 2016 from Bond University in Queensland, Australia. Preet was called to the Alberta Bar in 2018.

Since becoming a member of the Law Society of Alberta, Preet has worked in private practice alongside seasoned legal counsel. Preet's primary practice focus has been on family law, matrimonial law, and wills & estates. She has appeared before both the Provincial Court of Alberta and the Court of Queen's Bench of Alberta.

Outside of the office, Preet enjoys spending time with her family and friends, and travelling. She is also actively involved in the community.  She serves on the Punjabi Community Health Services (PCHS Calgary) Board as the Board Secretary. Preet also volunteers with Calgary Legal Guidance, at their legal clinics in an effort to promote access to justice to vulnerable members of society.